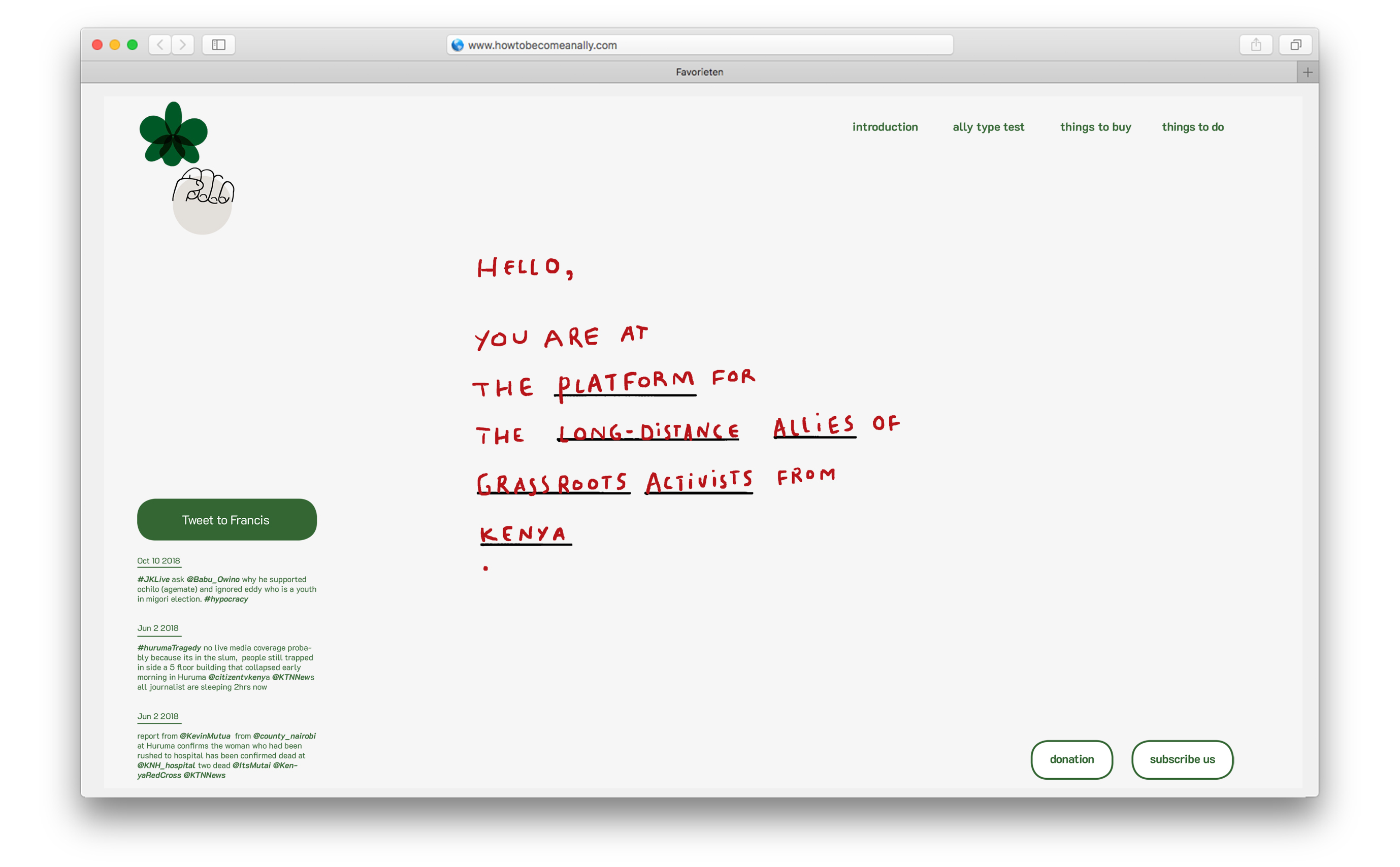 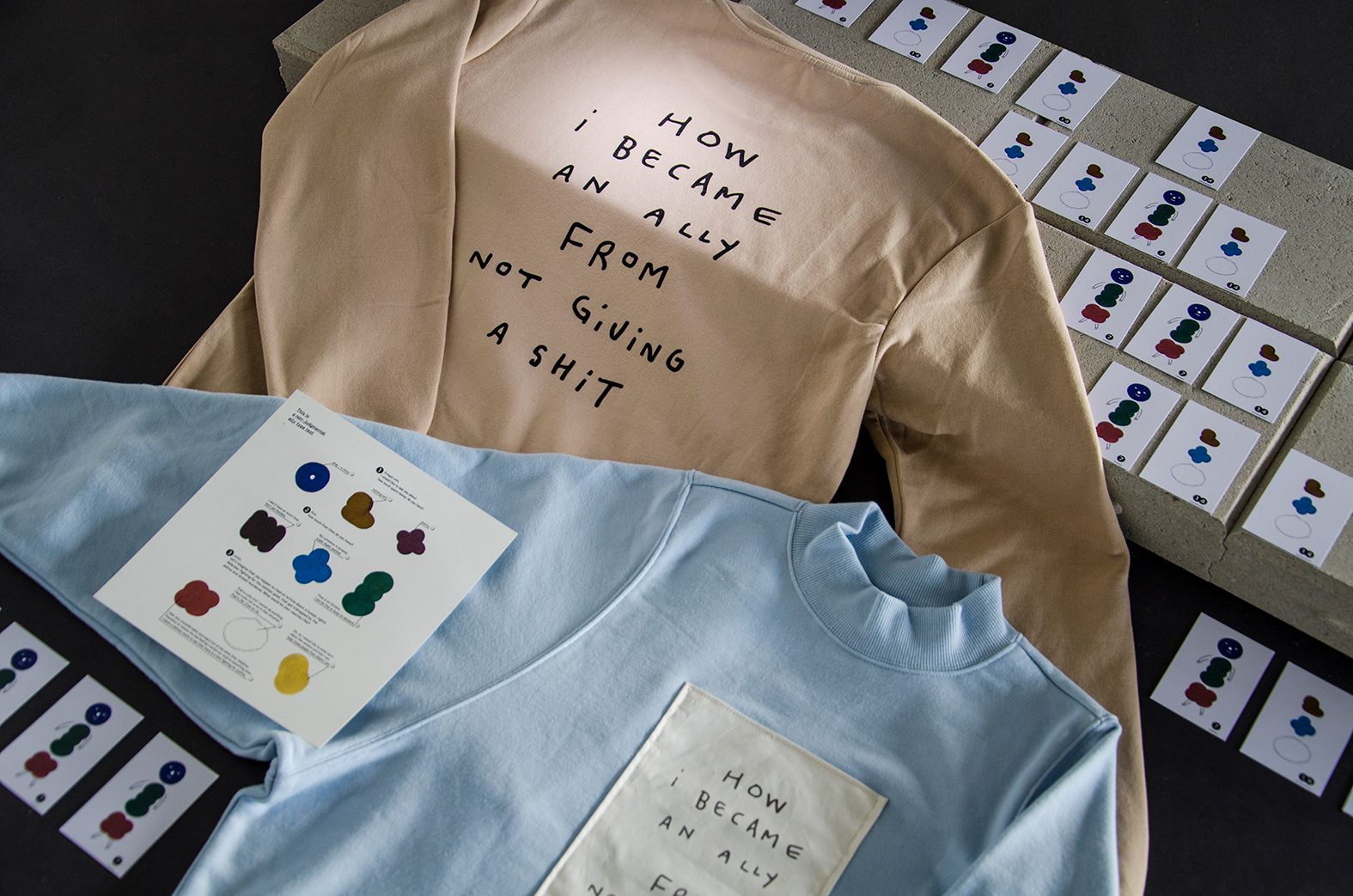 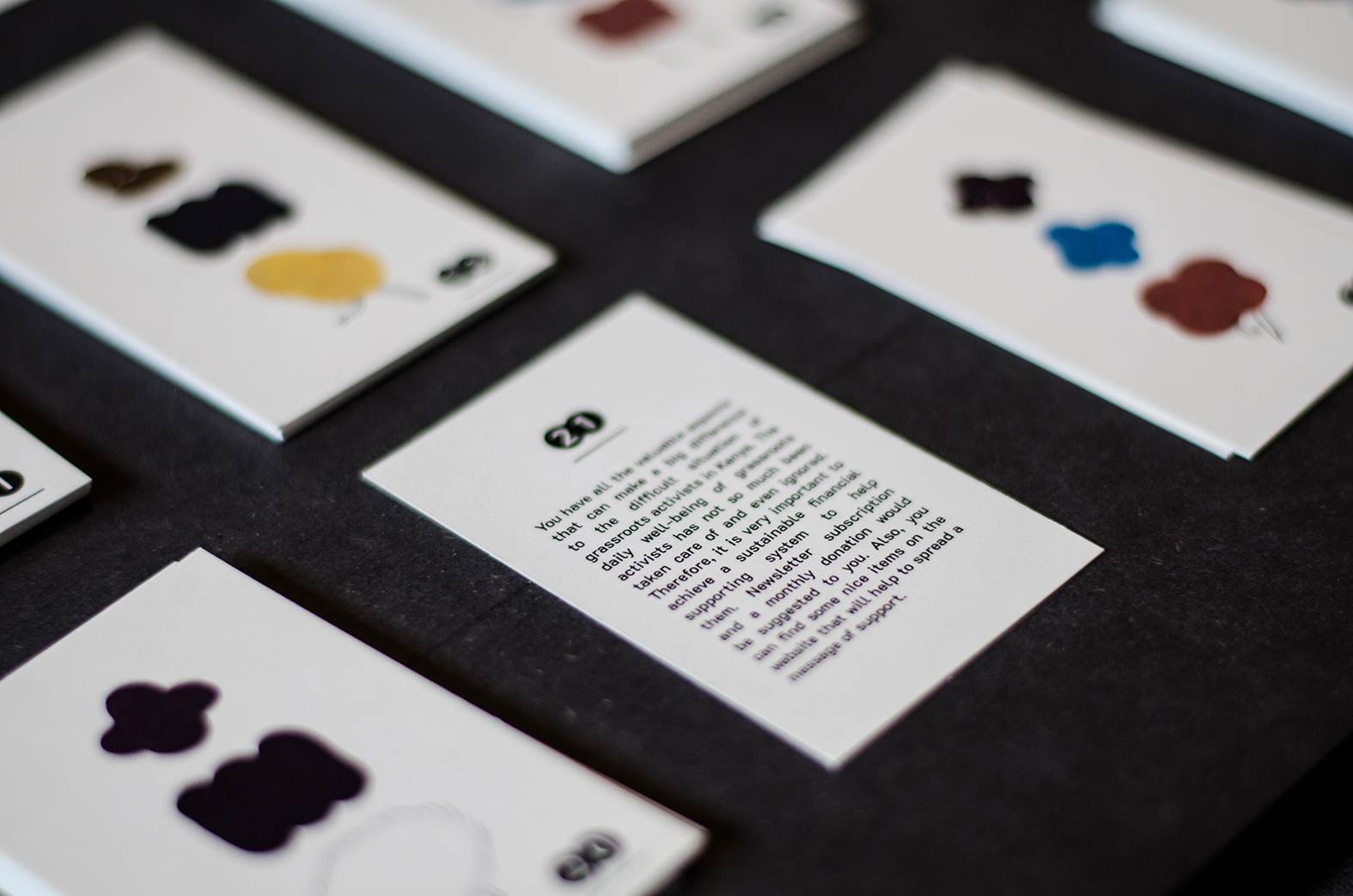 HOW I BECAME AN ALLY FROM NOT
GIVING A SHIT, 2018.
Printed and web platform.
I.c.w We Are Human Rights.

Together with Francis, a social justice activist
from Kenya, Daeun is developing a support system
for grassroots activists by fostering international
micro-alliances.


ISSUE
Grassroots activists are citizens that turn to activism as a reaction to intense local injustice. They are particularly vulnerable because they are not part of an organisation and as such they lack proper financial and professional support. They often operate alone, and for this reason face more challenges than established organisations. Francis, like many other fellow Kenyan activists, is continuously targeted by the government with intimidation, blackmailing, illegal arrests and death threats.

BACKGROUND
Francis is a social justice activist from Kenya. His latest project focuses on researching and documenting cases of police brutality and extrajudicial killings during the disputed presidential election in Kenya 2017. His work within that project includes documenting cases of police brutality in the informal settlements
of Nairobi. Francis collects evidence to
achieve his goal.

PROPOSAL
Since the beginning of her collaboration with Francis, Daeun has been visualizing her journey which she describes as ‘how I becoming an ally from not giving a shit’. Here, she discovers alternative ways of supporting grassroots activists —such as by following their social media accounts— and organizes them according to people’s levels of empathy. In doing this, she redefines the idea of alliances and the way they are formed. She proposes a platform that unifies grassroots activists and shows how everyone can become an ally, regardless of geographical distance or level of involvement. The platform will serve as a two-layer safety net —digital and physical.

PROTOTYPE
Daeun will develop a platform that helps Kenyan grassroots activists find potential allies and support. She will conduct field research in Kenya to better understand local activists. There, she will develop a branding concept that communicates their collective identity.